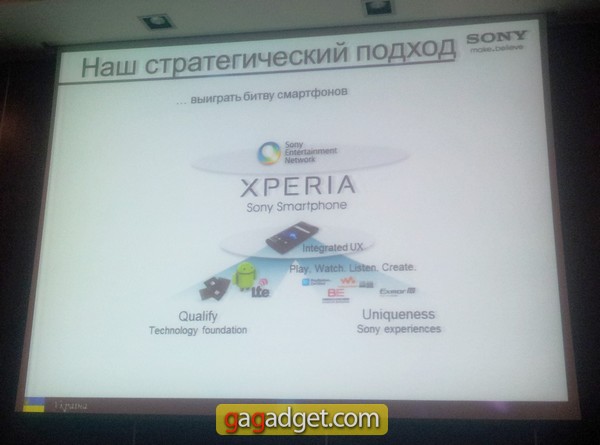 Sony held the first presentation of XPERIA smartphones in Ukraine, which took place after the takeover of Sony Ericsson by the new division of Sony Mobile. Ukraine has become one of the first countries where this difficult business procedure has already been completed. Moving on, Sony has unveiled five new Android smartphones: tipo (including tipo dual), miro, Ion, and the waterproof https://ha.cheapgadgets.com.ng/page-me-zan-yi-amfani-da-artem-lutfullin go and acro S.

One of the most interesting, in my opinion, models in the Sony Xperia lineup in the second half of 2012 is the rugged Xperia go model. It uses the popular ST Ericsson NovaThor U8500 dual-core processor with a frequency of 1 GHz (the same as in the Xperia Sola and Xperia U), a 3.5-inch screen with a resolution of 480×320, 512 megabytes of RAM and 8 gigabytes of internal memory, of which 4 are available to the user ( there is microSD support). There is also a 5-megapixel camera with HD video recording, but its main feature is IP67 protection, like the Samsung Galaxy XCover, which was not officially sold by us. It is also worth noting the battery with a capacity of 1305 mAh and Android version 2.3, which has yet to be updated. The smartphone will come in two color options – black and yellow. They differ in the texture of the lid (black is more rough) and in the bundle – in the box with yellow there will be a case for carrying on the shoulder, a wrist strap and a headset MH650. 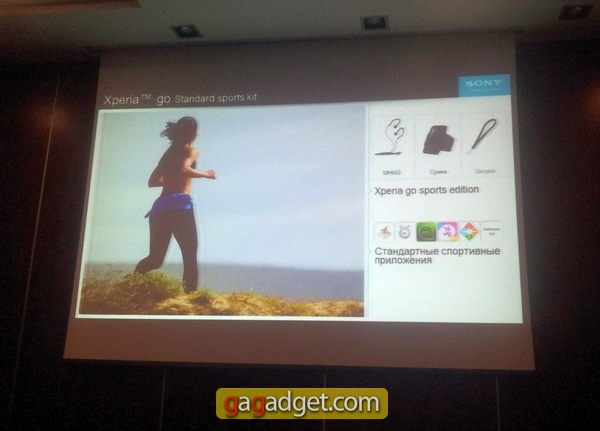 The device looks thin (10 millimeters), there is a loop on the case for attaching a cord. The power button at the top is very small and uncomfortable. Pressing it is not so easy, and this is the standard procedure for touch phones to unlock. It is not entirely clear why he had to make a removable cover for him – behind it is an undisassembled (conditionally, of course, anything will be dismantled in the service center) waterproof inner case. The device itself can be several minutes at a depth of up to a meter. You can’t use it under water – the screen simply won’t work, but even with water drops on the screen, it will already work fine. The purpose of the two black holes on the right side of the inner case is not clear – you need to figure out what’s what. The screen itself is placed on a ledge similar to the Xperia Sola. The declared price of the novelty is 3600 hryvnias, it remains to be hoped that this is the price for the extended “sports” package, and get ready for